The Truth About Telemedicine 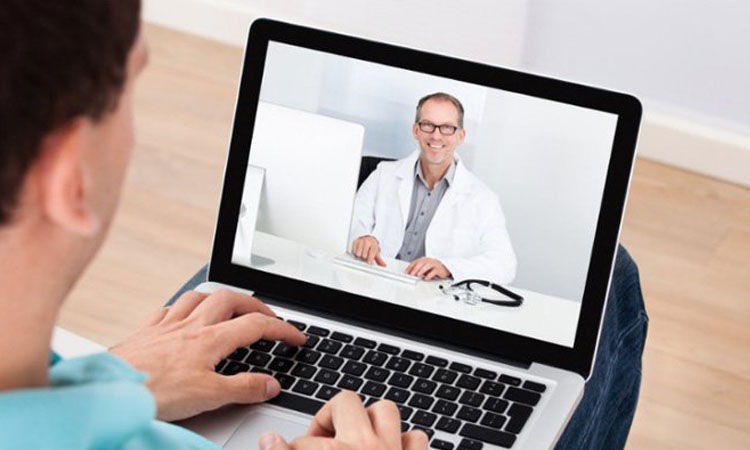 There has been much written lately about telemedicine, and thanks to the efficient and progressive nature of the technology, the majority of that literature has been positive. However, many still wonder what it all means. Yes, telemedicine can improve inefficiencies, reduce re-hospitalizations, and save money for the healthcare system, but is it actually helping patients? The short answer is yes, especially those patients with chronic conditions who require regular monitoring, consultation and education.

When I was a kid, we used to play a game where you’d sit side by side with a bunch of your friends, and pass a message along from one end to the other.

When the message finally got to the last kid, the original message had somehow gotten changed into something different.

The message was misunderstood or misrepresented as it was passed from one person to another, presumably by mistake.

We play this game as adults, too.

In the professional world, we create, translate, and interpret messages about topics that we’re interested in.

As a result things get lost in translation.

This is even more true in growing areas such as telemedicine and mHealth because the excitement (or apprehension) about these fields creates interpretations and misinterpretations about the challenges, benefits, and implications.

There are truths and myths being propagated about telemedicine.

How Telemedicine myths get propagated

Let’s start with a simple example.

Recently, I ran across a headline that said “Over 80% of employers say they could be offering telemedicine services by 2018.”

After looking into it a bit further, I found that the headline (in a LinkedIn discussion) was quoting a stat mentioned in a blog post which was based on a research report by Towers Watson.

There’s nothing wrong with sharing through social media and interpreting information from research reports.

But what I realized was that this was just an adult version of my childhood game playing itself out. Unintentionally – of course.

In the original report, Towers Watson had surveyed only 74 large employers, and 80% of them (i.e. 59 companies) had said they had plans to offer telemedicine to their employees by 2018.

But you have to admit that it’s a far cry from “80% of employers” – which implies a tidal wave of employers of all sizes offering telemedicine.

Rather than fault people misinterpreting statistics, I think there are some valuable lessons about how messages and stats can and should be used to your advantage.

Let’s start with the understanding that we tend to color messages and statistics with our own perspectives and biases.

We do this for multiple reasons:

Lesson 2: Understand how statistics can be manipulated to serve an agenda

In general, beware of statistics based on percentages. They’re useful but can also be misleading.

What if you grew your telemedicine service’s customer base by 20% from 10 customers to 12?

But what if your competitor comes out and says they had a 100% increase in customers?

Are they actually “more successful” than you or did they go from 2 customers to 4?

Similarly, remember that increases and decreases are compared to where you most recently started.

Let’s take this example of annual revenue for a company:

If you have a 50% decline in revenue one year and 100% growth the following year, you’re only back to where you started 3 years earlier.

The positive slant is you doubled your income from last year.

The negative slant is that your cumulative growth is 0!

So for example, the next time you hear the telemedicine market is supposed to grow by X%, ask more penetrating questions …

You could take a similar approach when evaluating a technology or service vendor.

Lesson 3: You can manipulate data to serve your agenda

If you are marketing your telemedicine solution, you should look at how you can present your message in the best light.

I would never advocate lying.

But there is always room to build in bias.

You can present the glass as half empty or half full.

Let’s say 25% of your customers are “extremely satisfied” with your telemedicine service. Let’s say another 50% are “satisfied”.

Even though you might want even more customers to be extremely satisfied, as an advocate for your service, you could bundle the two stats together to create a more positive impression.

You could say “3 out of 4 customers are satisfied or extremely satisfied”. People remember the “3 out of 4” and associate it with good news about your program.

On the other hand, if you were against telemedicine, you might say “25% of telemedicine patients were not satisfied”. You are anchoring the discussion around a negative thought.

Lesson 4: Some myths can be self-fulfilling

I know of a guy who makes a living as an event organizer. He can say that he’ll have 2,000 people at an event, and have absolutely nothing to back it up except for his conviction that it will happen.

He just exudes this confidence about it and not only do people start believing it, they act on it and share it with others. And before you know it – people are clamoring to get into his sold-out event.

So you can create a myth, or if you will – a vision of what will come to be.

And that vision, that prophecy can be self-fulfilling.

Businesses and individuals do this all the time. You might even call it “marketing.”

Some portion of their market accepts the story and acts on it.

So if enough people are out there talking about how telemedicine is changing the healthcare landscape and how it is growing rapidly and how people that don’t get on board now will be behind the curve, guess what?

You might just find a lot of people passing along the message that they hear over and over again.

And some of those people are likely to act on that info.

That brings us to the final lesson.

Lesson 5: You are part of the telemedicine myth

You have the power to present your message in ways that influence the receivers of your message, whether they realize it or not.

Ultimately, the question you should ask yourself is not “Am I propagating myths about telemedicine?”

People that oppose or advocate telemedicine are not lying.

They are all seeking the truth.

They are interpreting and disseminating info based on their biases.

We live in an age where messages matter and where people are bombarded by a lot more messages than they can handle.

Anything that sounds remarkable is more likely to be noticed and shared than something that is not remarkable.

If you have an important message to get out, you can’t just sit back and put dry data out there.

You have to make it share-worthy, quote-worthy, story-worthy.

Otherwise, your marketing effort may be a waste of time.